A question we see often is "Why are there 3 registries?" Or the comment "I wish there was just one registry"

Guess what? We agree.

In a nutshell, there are 3 registries for the Olde Englsih Babydoll Southdown because somewhere along the line, some breeders thought they’d like a different look to the Babydoll breed and that it’d be better managed as an organization rather than by an individual/ family. So the 2nd registry was created.

Why is there not one registry for Babydolls? The short answer is breed standards and business practices that vary. So long as one registry remains steadfast to its own breed standard, allowing for bigger sheep and not acknowledging the spots that both history has recorded and the breed reviver Robert Mock allowed for, there cannot be one registry for our little sheep.

BSSBA would absolutely love one single registry for the Babydoll breed - one that is a not-for-profit organization that upholds the original registry’s breed standard based on Robert Mock’s research and wishes.

In an effort to make things easier for breeders, BSSBA does currently accept Babydoll Southdowns from any of the registries so long as the sheep match the more short, stocky breed standard originally set in place. 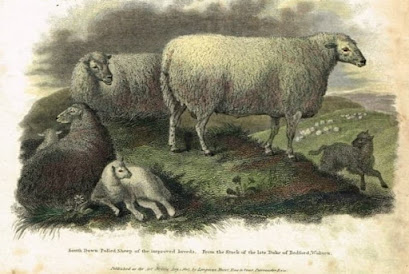